The Musée Rops in Namur is presenting a survey of work by Henri De Braekeleer – the forgotten painter of scenes from Old Antwerp.

Henri De Braekeleer (1840–1888) is the painter of silence and stillness, whose loose brushwork nevertheless oozes with energy. Just look at the museum highlight The man in the chair. His ceaseless quest for a new way of painting makes him a forerunner of Belgian modernism. De Braekeleer is crying out to be rediscovered, which is why the art collector and dealer Ronny Van de Velde has joined forces with KMSKA curator Herwig Todts for an exhibition at the Musée Rops.

No less an artist than Vincent van Gogh admired Henri De Braekeleer as an innovative painter. On 14 December 1885, he wrote to his brother Theo from Antwerp:

‘I saw various fine things, two studies by Henri De Braekeleer, you know that he has nothing to do with the old De Braekeleer, I mean the one who’s a famous colourist and analyses rigorously – Manet-like, at any rate as original as Manet.’

Since then, however, the ‘famous colourist’ has been forgotten.

There hasn’t been a major exhibition devoted to De Braekeleer since the one at the KMSKA in 1988 – a show that was the first major project of Herwig Todts, who is curating the new exhibition too.

Van de Velde: "Lots of people have forgotten De Braekeleer since then. The hierarchy used to be God first, followed by De Braekeleer, with Ensor coming third. Now Ensor’s the only one left. (laughs)"

"It all began for me when I bought The Woman with the Mirror from his later period: it’s painted very loosely and in a very different way. You sense that he was searching for something new. After that, I started to explore him in more depth. To me, De Braekeleer is a source of modern painting in Belgium. That’s been forgotten, which is why we’re showing him again. What’s more, we’ve discovered quite a lot of his work recently that was thought to have been lost." 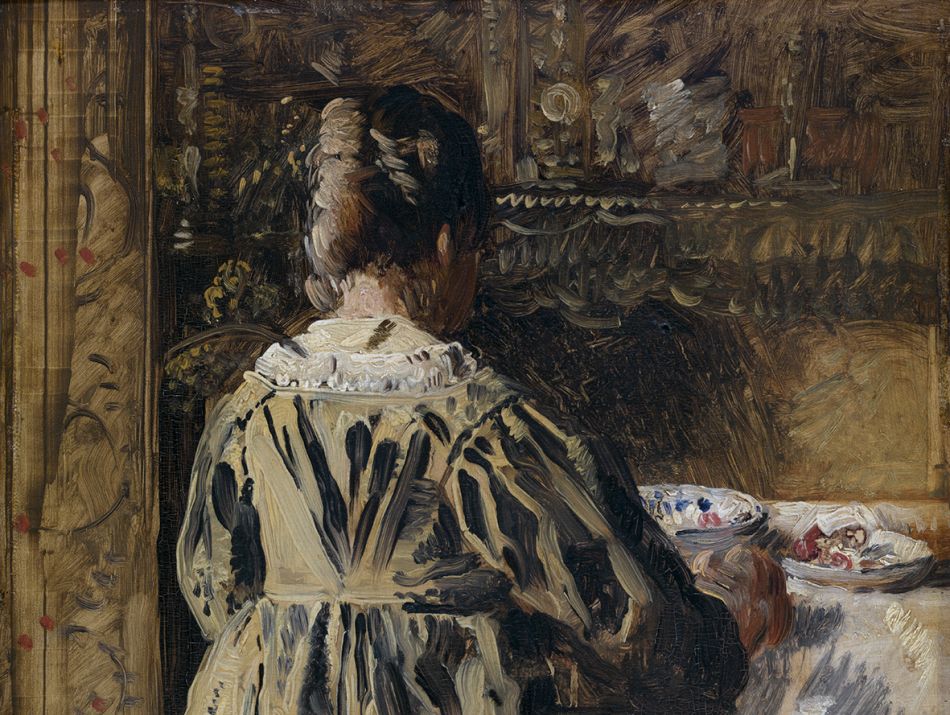 The Meal or Woman Seen from the Back Henri De Braekeleer, KMSKA

Is De Braekeleer really the forgotten forerunner of Belgian modernism?

Todts: "As Van Gogh said, De Braekeleer “analyses rigorously”: he breaks the colours down. The result is a kind of pseudo-pointillism, but using dashes. De Braekeleer asked himself what he could do with his visual means. He wanted to take the same step, in other words, as the modernists did. We aim to show this modernist side of De Braekeleer to full advantage in the exhibition."

Van de Velde: "He had certainly seen Manet and the Impressionists at the exhibitions of Les XX in Brussels. And Manet’s Bar aux Folies Bergère featured at the Triennial Salon in Antwerp in 1882, where De Braekeleer showed his Old Inn ‘The Pilothouse’. All the same, he painted differently to Manet. De Braekeleer was looking for his own route towards a new kind of painting – certainly during the final ten years of his life. Those late works with their dashes and little hooks were once considered studies: now you can see them genuinely as finished paintings."

So was De Braekeleer an Impressionist?

Todts: "Impressionism began the moment people replaced shadows with colour. Monet’s shadows are purple, which isn’t the case with De Braekeleer. What matters to him is the immense freedom of painting. It can all get so sketchy and expressive that it’s no longer possible to identify the forms."

"That sketchy painting process goes back a long way: to Rubens’ 16th-century head studies, Hals’ portraits, Delacroix, and so forth. Around the middle of the 19th century, the plein-airists began to work that way systematically and radically: think of the Fontainebleau school. Here in Belgium, it was Boulenger and Dubois who adopted the loose style. De Braekeleer asked himself what he could do with plein-airism and took it further and further. He looked at the interior the same way that a plein-airist looked at a landscape."

Van de Velde: "In the end the subject ceased to be important: it was all about painting. And light. He painted successive preliminary studies of the same subject, for instance, in which the light falls from a different angle in each case. That’s what interested him."

De Braekeleer looked at the interior the same way that a plein-airist looked at a landscape.

Was he as introverted as the people he painted?

Van de Velde: "We know very little about him. De Braekeleer reputedly never spoke more than 80 words in his life."

Todts: "There’s a strong tendency to identify him with his subjects. But that’s risky and lazy."

Van de Velde: "Reference is often made to a depression he supposedly suffered in the final ten years of his life."

Todts: "It is even said that he suffered from insanity, yet he wrote letters in that period showing that he was doing business and painting. His letters give very little away regarding his personality. But they do tell us about his preferences: he saw De Hooch and Vermeer in the Netherlands. They were his examples. He must have been particularly intrigued by the different way Vermeer painted the light every time."

Van de Velde: "He must also have studied Frans Hals closely: you only have to look at the looseness in the way he paints butter and a tablecloth." 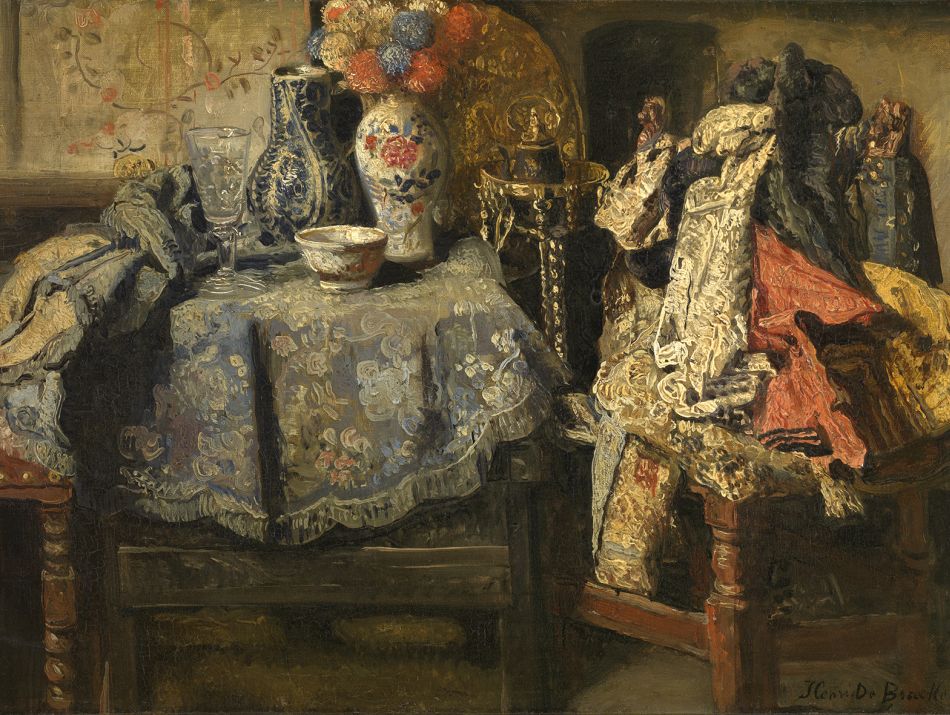 Todts: "...rather than the economically vibrant city of his own time, yes. Not the harbour and the boulevards, but a quiet provincial world. All the same, he himself lived in a fashionable 19th-century house on Leopoldlei or Belgiëlei as it is today. Modern Antwerp was his everyday world, but it wasn’t what he painted."

Van de Velde: "The Middle Ages appealed to him. He painted a world that was disappearing. There was a lot of demolition going on in Antwerp in the mid-19th century: the quaysides were straightened and the large avenues re-laid."

Why is the exhibition being held at the Musée Rops?

Todts: "Félicien Rops was a slightly older contemporary. He was a plein-airist too: he painted the Meuse and the beach at Heist, which not many people know. De Braekeleer also went to the coast to paint at Heist, as did all the other painters with any claim to modernism back then: they travelled to the sea to see the light, in more than one sense." (laughs)

Van de Velde: "We’ve collaborated with the Musée Rops several times already and it’s always gone well. I dare say there will be the odd landscape or seascape by Rops hanging amongst the De Braekeleers. Perhaps the two of them met at some point, but we don’t know for certain, unfortunately."

This article is an abridged version of the interview with Ronny Van de Velde and Herwig Todts about Henri De Braekeleer published in the autumn issue of the museum magazine Zaal Z. 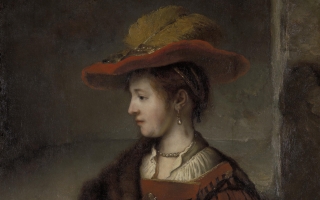 Follow the painting Saskia van Uylenburgh, wife of the painter Rembrandt on its journey to Kassel. 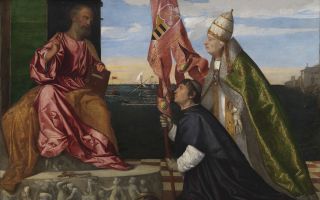 Wanderlust? Our works of art have itchy feet too. Take a city trip and admire them right now! Five destinations, five masterpieces.

Will 2020 be the year of Léon Spilliaert’s major breakthrough? An interview with Spilliaert expert Anne Adriaens-Pannier.