Focus on the facades

Our facades and their impressive 19th-century sculptures underwent a thorough cleaning, and the result is impressive!

Restoration of the museum exterior began in April 2018. For a year and a half, its grey outside walls gradually disappeared behind scaffolding as work began in earnest on restoring them to their original glory. Karel Breda architects and the contractor Artes Woudenberg completed their brief in style, making the exterior an eye-catching feature once again in the Antwerp cityscape.

The museum’s outer walls are variously constructed in Belgian limestone, Euville stone and Gobertin. The frontage stands out from the other walls with its more numerous shades of colour: if you look closely, you will find hints of pink, yellow, pale orange, grey and blue. The effect is due to the variation in the types of stone used, such as the Brecci stone in the rear wall and the Vinalmont and Merlemont stone of the balusters. The paintwork also contributes significantly. 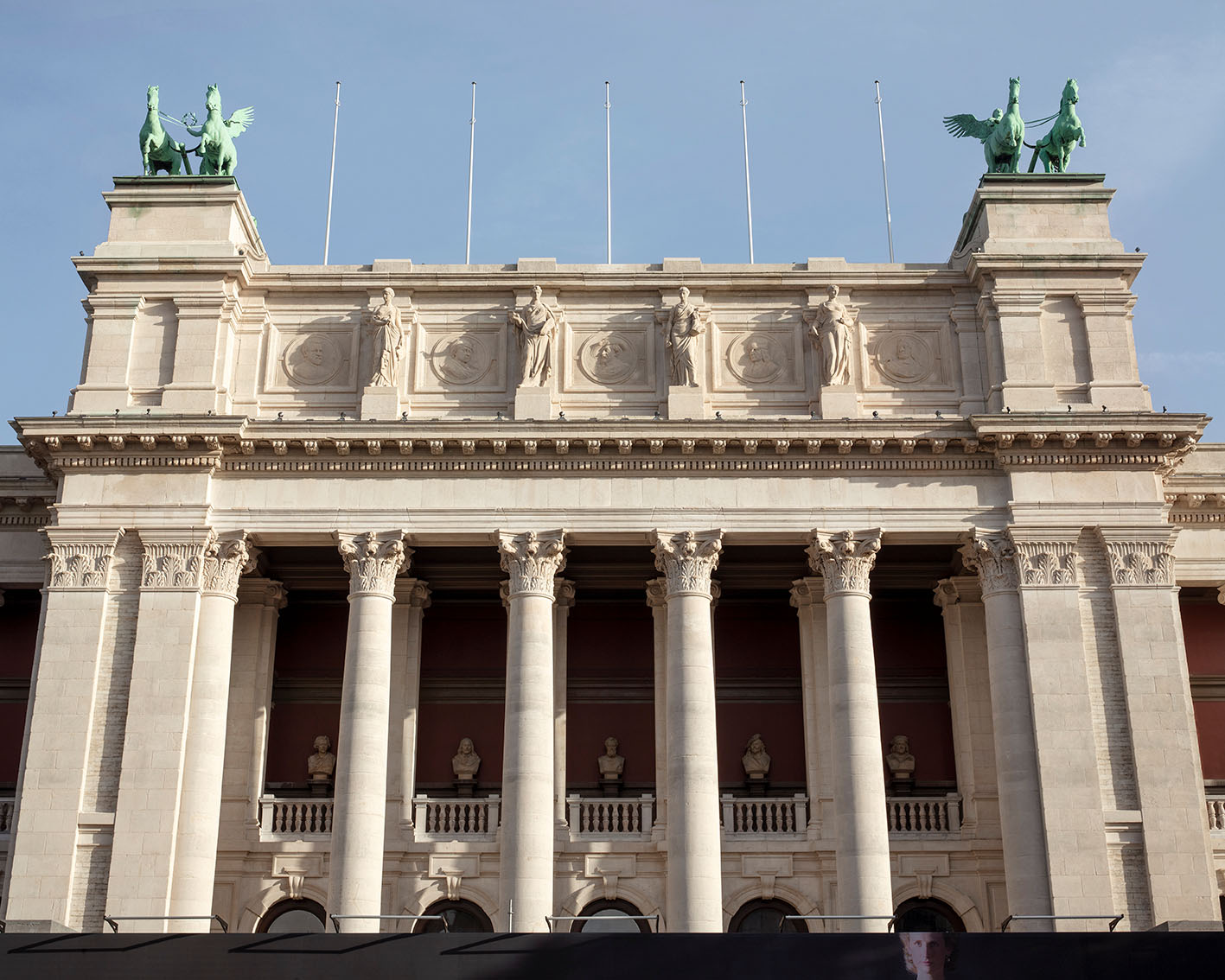 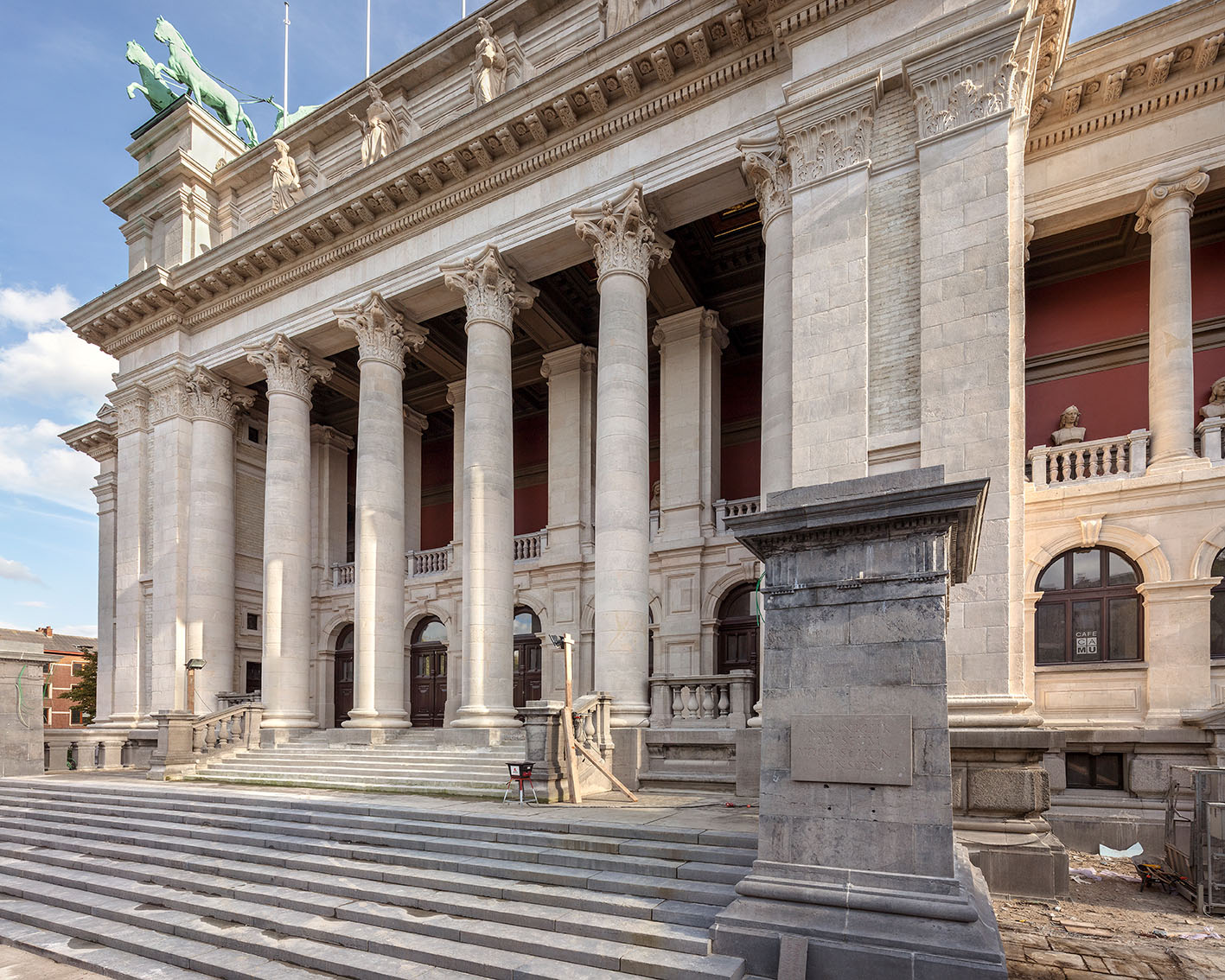 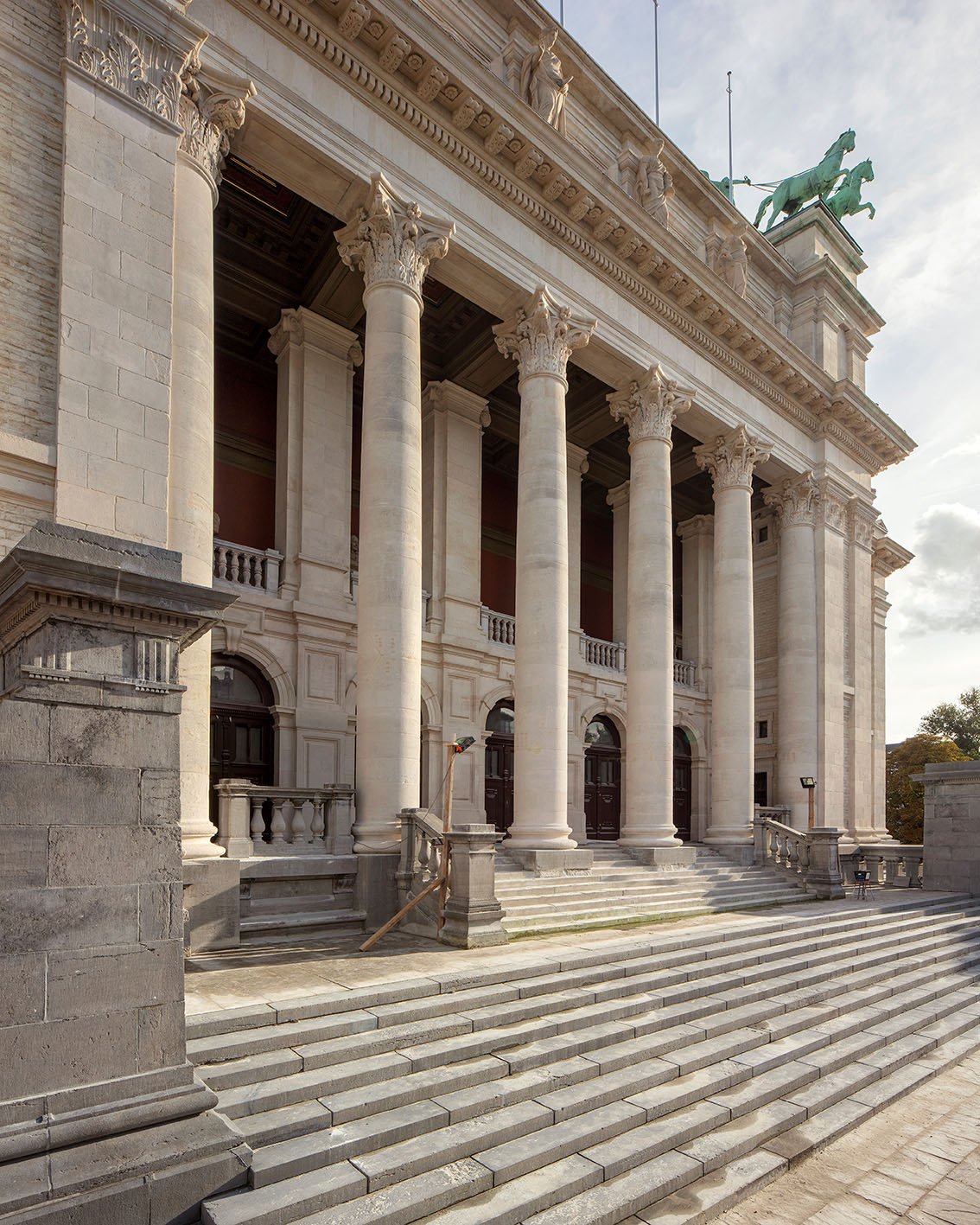 The museum facades are decorated with impressive 19th-century sculptures. How and when were these statues installed? And who or what do they represent?

The facades were unadorned when the museum first opened in 1890: the entire sculptural programme had yet to be carried out. Between 1891 and 1896, 22 sculptors worked on the friezes, busts, medallions and other sculptures. The size, types of stone, mouldings and everything else were specified in advance by the architects Jean Jacques Winders and Frans Van Dijk.

Four monumental, free-standing female figures above the cornice in the facade represent the great artistic disciplines: architecture, painting, sculpture and drawing. They are flanked by seven medallions with portrait busts of illustrious artists who practised the disciplines in question, including Van Eyck, Rubens and Massys.

Busts of nine other artists stand out on the balcony (or loggia) against a red background: great names, once more, including Michelangelo, Raphael, Velázquez and Rembrandt. The facade of the museum is topped by the chariots drawn by the famous pairs of horses by Thomas Vinçotte. They were only hoisted into place in 1905.

Two further statues were planned for the high pedestals at the front, designed by the sculptors Mignon and Fabri. In the end, only one of them was approved and finished – the statue by Léon Mignon, which was later moved to the garden at the rear. As a result, the two pedestals on either side of the entrance stairs have been left empty and excessively high since 1890. The architects asked the museum administrators to lower them as early as 1896, but to no avail.

The two side walls are adorned with allegorical female figures between the round-arched windows, representing periods in the history of art: from Egyptian, Greek and Roman, to Arab and Byzantine, Gothic, Flemish and contemporary art. Friezes with garlands were added to the cornices at the top. The rear of the museum, lastly, was given a large portal, ionic pilasters and the municipal coat of arms.

The programme as a whole, with its dozens of sculptures, was designed to meet a 19th-century set of requirements: it was intended to convey the glory of the artistic past. And so it did, with immense style.

Back to the roots Ann Demeulemeester