Music to the eyes

New EP from Het Zesde Metaal: Meesters. For their new set, the band drew inspiration from six paintings from the museum collection. They performed the material on 11, 12 and 13 January 2019 at the museum construction site. Frontman Wannes Cappelle describes the creative process from image to song.

Wannes Cappelle is the frontman of Het Zesde Metaal, author of the Flemish classic Bloemaert, joint scriptwriter of the acclaimed Canvas series Duverger and now also the holder of a residency at the KMSKA. Wannes is known for his poetic lyrics and the disarming honesty with which he performs his music

When the museum offered you a residency, did you know straight away what you wanted to do?

Cappelle: ‘I didn’t have an idea immediately, but I often find it fun when the initiative for something comes from outside. You know that whatever emerges from it won’t be something you’d have come up with by yourself. In fact, we always try to do a project between albums to give us chance to recharge our batteries. So this came around at just the right time.’

To create Meesters [‘Masters’] you picked out six works and then composed songs about them. How did that creative process work, from image to music?

Cappelle: ‘Robin [Aerts, bassist and co-writer for Het Zesde Metaal] and I are storytellers at heart, so what fascinated us most was the story behind the painting. We chose Fouquet’s Madonna because we’d been told it was part of a diptych that had been reunited for the first time in centuries at an exhibition in Berlin. That was a nice story and gave us our initial angle. But the more we read about the work, the more intrigued we became by the story of the patron, Etienne Chevalier, who was the treasurer of King Charles VII of France. Chevalier commissioned a portrait of himself praying to the Virgin Mary to intercede for his dead wife.

‘I couldn’t help feeling that out of the three figures in the diptych, Etienne was depicted as pretty ugly. You really wouldn’t want to be that guy. It’s as if Fouquet was thinking: ‘What a jerk!’ Then you have the fact that the model for this Madonna was Charles VII’s mistress, Agnès Sorel, who had already died by that point. The king of France must have found it pretty weird, I thought, to see a painting showing his treasurer worshipping his dead mistress. It struck me that Fouquet might have been mocking Chevalier without him realizing it. Biting the hand that feeds. The way orators in classical antiquity occasionally mocked their emperors. We thought: imagine that Etienne Chevalier asked us to write a song about him for the Virgin Mary. The idea would be for us to write lyrics that made him sound good, but would actually make us, as lyricists, sound even better. Without him realizing it.’

Three of the six songs are about holy women. Why did they appeal to you?

Cappelle: ‘Ha! You’re right: I hadn’t spotted that. If I have to give an explanation, it was probably more a question of the narrative character of those works catching my attention. The song Maak mie nie af [‘Don’t Finish Me’], based on St Barbara by Jan van Eyck, is actually very ambiguous. The painting is unfinished, with half of it still in dead colour. But Barbara also ends up being finished off by her father. To me, the painting is about the relationship with that parent, who wants all sorts of things for her that she herself doesn’t want. Jean Fouquet’s Madonna is obviously a magnificent piece of work, but the story was what swung it for us in that case too. We chose Mary Magdalene by Quentin Massys because we had the idea of using the line “Blessed art thou among women”. We actually looked for a painting to fit that idea. The picture was basically a pretext for writing the song (laughs).’ 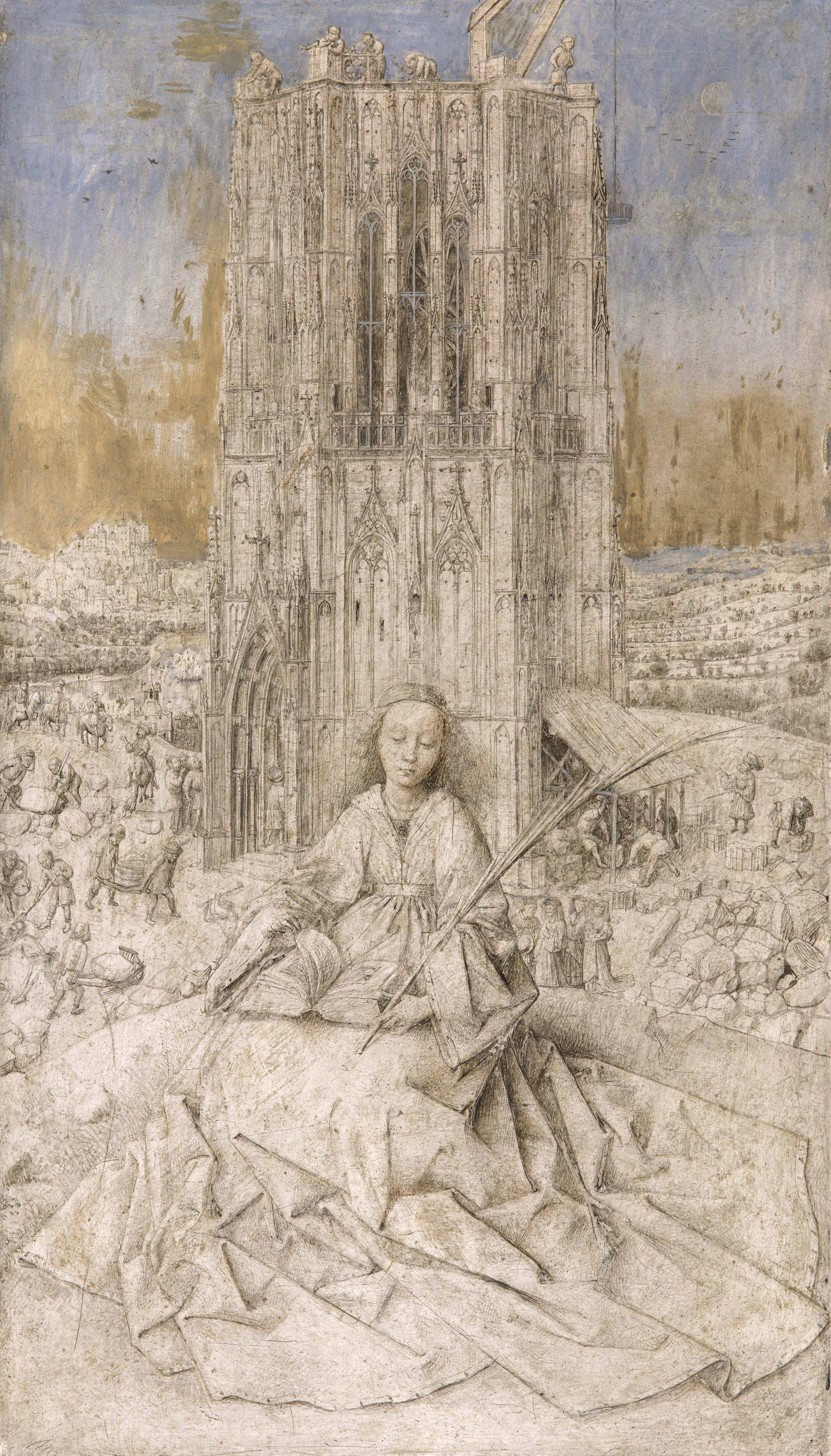 Alongside the songs, there are four instrumentals on the EP described as ‘Unknown Masters’. What was the thinking in that case?

Alongside the songs, there are four instrumentals on the EP described as ‘Unknown Masters’. What was the thinking in that case?

‘Meesters’ was produced as part of the KMSKA’s ‘Artists in Residence’ programme and was realized with the support of the Flemish Arts Decree.

This article is an abridged version of Fleur van Paassen and Wouter van de Koot’s interview with Wannes Cappelle in the December 2018 issue of our museum magazine Zaal Z.